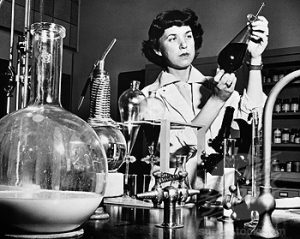 We The People, in order to do what, exactly?

As outlined in my article Foundational Values, we’ve already defined our shared values:

These values comprise the mission statement of our community.

Our fifth value is to promote general welfare. This should resonate with Harris, who defines morality as a concern for the well-being of conscious creatures.

Harris can cut short arguments about whether we should value well-being; in the U.S. we already do.

Moral systems are chosen, not proven

First, let’s agree on something. Reread that sentence.

When two or more people interact, they’re governed by social and legal rules. If the relationship is systematized, for example by a marriage, business or legal contract, there must be a logical foundation for the agreements.

In a thoughtful criticism of Harris’ book, Russell Blackford dings Harris for not recognizing the faithful position of choosing well-being as his definition of morality. Regarding this position, Blackford asks:

“How does it become binding on me if I don’t accept it?”

Values only become shared to the degree that we willingly agree to them. For Harris, a U.S. citizen, he can point to the Constitution, which explicitly states our values.

For Blackford, an Australian, this question is more difficult; the Australian Constitution doesn’t explicitly define its purpose. The closest it comes is when it defines the role of Parliament thus:

to make laws for the peace, order, and good government of the Commonwealth.

Blackford rightly recognizes that there’s no shared value of well-being in Australia. But, rather than this being a valid criticism of Harris, it’s a failing of Australia’s communal foundation.

Harris understands that we start by choosing our core values. For example, he states:

Science cannot tell us why, scientifically, we should value health. But once we admit that health is the proper concern of medicine, we can then study and promote it through science.

What should government do? Implement shared values.

How should government do that? There’s only one viable answer:

For the entirety of human history, we’ve relied on common sense to determine what’s best for communities. For example, our criminal justice system is woefully lacking in scientific research on what works; we simply ask legislators to guess, and that’s not good enough.

The 8th Amendment of the Bill of Rights states:

Excessive bail shall not be required, nor excessive fines imposed, nor cruel and unusual punishments inflicted.

What is excessive bail? Cruel punishment? These terms can be defined and scientifically measured. Anything short of this should be considered a violation of rights.

Only a rational understanding of human well-being will allow billions of us to coexist peacefully, converging on the same social, political, economic and environmental goals.

We must define our values in measurable ways. Otherwise we’ll reliably enact individual bias in place of rational policies.

Absent a measurable definition, government is simply authoritarian, providing the means by which the powerful assert their bias over the weak.

What is the goal of capitalism? Of Education? Of our healthcare system? Define and measure.

One of the primary criticisms of Utilitarianism is that it can infringe on individual rights; for example, there may be scenarios where killing one person would benefit ten;  therefore, the moral action would be to kill the one.

I’m sympathetic to this concern. So were the founding Fathers, who beyond defining our core values, explicitly outlined human rights: barriers from government intrusion on individual sovereignty.

Egalitarian government is instituted to serve individuals. By accepting the utilitarian nature of our system, we do not surrender individual rights. Ours is a blended system that balances those rights with our systemic utilitarian goals.

Anything less is immoral.

My Life With Sade

The Violence of Lines
Scroll to top