My companion noticed nothing. The prospect of someone, anyone, to teach, was such a prize that there was no benefit questioning underlying motives.

She agreed to attend Church, which is how I found myself next to her in the crowded pew, arms folder, eyes closed, all senses straining toward her.

Following the service, she agreed to be baptized.

The next week, I performed the ceremony. Holding her hands in the baptismal font was a wealth of physical intimacy. I leaned her back into the water, watched it cascade over her cheeks, eyes, lips.

She emerged a new creature, clean before the lord.

My sins, however, remained.

Shortly after, I was transferred to a new area.

On my shoulder a sash. An embroidered fig-leaf apron hung from my waist. A small tag affixed to my robes: groom.

With hushed words, I was escorted through a series of stations. Data collection. Forms to sign. Elderly men and elderly women, some whom I had never met and others who I had known my entire life, but whose expressions simply matched those whom I did not know. A firm hand on my elbow, leading me.

It was the final act of obedience, the culmination of a lifetime which pointed to this crowning moment.

The script had little variance: baptism at 8, lower priesthood at 12, higher priesthood at 18, temple endowment and mission at 19. Marriage was supposed to have happened at 21, but I hesitated, missed the moment.

Now at 26, time was urgent. I was withering, aging. Questions were asked.

A final few moments, seated in a chair outside the marriage room.

This was the representation of heaven. The mormon conception of family; a group chosen by rule and authority.

Ushered in, silence. An altar for kneeling. Facing mirrors for metaphor.

Gathered in this small room were 20 robed individuals. These were they deemed worthy; righteous enough to be in this room. The elite. The faithful. The chosen. This was the representation of heaven. The mormon conception of family; a group chosen by rule and authority.

A quick sermon. A quick ceremony. A quick kiss.

Past the data collection stations. Past the waiting rooms. Past the card readers and guarded doors.

Across the parking lot a lone figure waited. 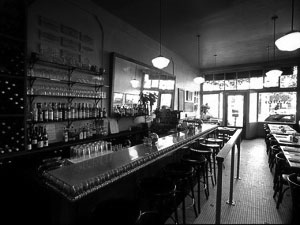 Within the month, she’d be married.

We chose to meet on a sunless day of a summer that wasn’t.

We’d been immediate friends following a chance meeting at a lecture in Seattle. Arundhati Roy was holding forth on the excess of democracy inextricably infused with capitalism, decrying the lines drawn to the benefit of corporations and mergers.

Randomly seated. Our arms brushed, words mingled. Her voice and ideas the sound and shape of the goddess of the God of Small Things. Within moments we were dancing through topics of intellect and interest. We both recognized it: foreplay.

Within moments we were dancing through topics of intellect and interest. We both recognized it: foreplay.

Within the week, we shared wine over her too-soon expression of a hoped-for future, with emphasis on required security and long-term expectations.

Six months later, she was engaged.

Soon after, we agreed to a movie, then dinner.

Following a quiet stroll through Midnight In Paris and some awkward arguing over trivial matters, we again found the ease of conversation over dinner at Le Pichet.

She was holding forth on her new theory of marriage, talking of future plans that would include me. She’d do it differently this time. Fewer lines.

I understood her to be speaking my ideas, not her own. Our prior discussions of easing boundaries had frightened her. It seemed that in her fear, she sought those boundaries with even greater urgency.

I was almost convinced, almost assured that nothing would change between us. Perhaps induced by the spirits and French food, I felt hope that we might remain, that this dinner might not be our last given her imminent departure into marriage.

“You understand I can’t invite you to the wedding? He wouldn’t understand.”