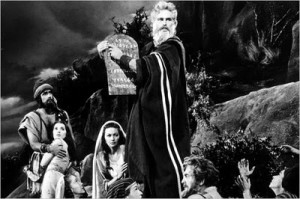 END_OF_DOCUMENT_TOKEN_TO_BE_REPLACED

Ask: Was the Mormon Church wrong to deny priesthood to black members before 1978?

The official policy of the LDS Church is that the racist practice was commanded by God, and not a result of racism among its leadership.

The Church has never apologized for the practice nor specifically repudiated racist teachings by LDS prophets.

Mitt Romney is skilled at evading this point, aided by general misunderstanding of the LDS Church.

He should be able to unequivocally denounce the racism of his church and of his past. He hasn’t.

During his 2008 campaign, Mitt Romney appeared on Meet The Press with Tim Russert. This specific question arose, and Russert came close to getting it right. Watch the clip:

At the end of that section, Russert asked:

“But it was wrong for your faith to [deny priesthood to blacks]?”

“I’ve told you exactly where I stand. My view is there’s no discrimination in the eyes of God and I could not have been more pleased than to see the change that occurred.”

What’s critical here is to note what Romney did not say; Russert asked “was it wrong?” Romney evaded. No apology. No repudiation of the Church or its racist practice.

Earlier in the interview, Romney states:

“I’m very proud of my faith, and of the faith of my fathers. And I certainly believe it is a faith, uh, well it’s True and I love my faith. And I’m not going to distance myself in any way from my faith.”

He will not separate his position and the position of the Church. The church has not apologized for the racist practice, nor will he.
END_OF_DOCUMENT_TOKEN_TO_BE_REPLACED