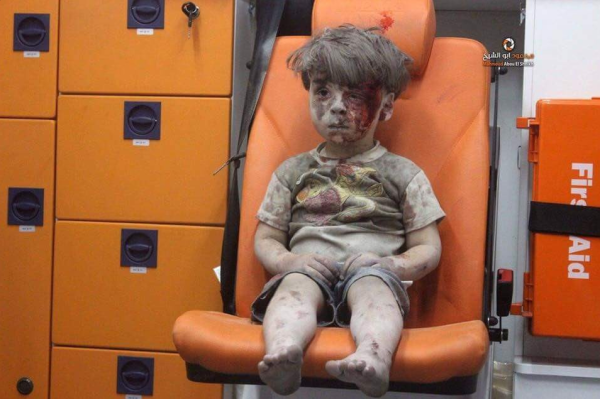 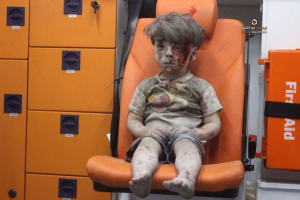 We’ve all seen the picture. Heartbreaking.

A Washington State Delegate for Bernie Sanders posted this picture on Facebook and then stated “This is why we chant “No More War”. Because NO child anywhere should have to have these experiences. I don’t care who pulls the trigger, and I don’t care who has to give the order. Humans should be working together to make our world a paradise, not fighting about money, food, water, oil or lines on a piece of paper.”

Let’s analyze that. This boy was just bombed by the Russian-backed Syrian Air Force. It may have been Russian Planes.

The overly simplistic chant of ‘No More War’ says that there’s nothing to be done to come to the aid of this child and his family. It says that the U.S. should always stay out of such conflicts around the world.

How, exactly, would this approach help this child?

“Fifteen of the last 35 doctors in rebel-held eastern Aleppo have written a letter to Barack Obama with an urgent plea for intervention to stop the bombardment of hospitals in the besieged city by the Russian-backed Syrian air force.”

Would the ‘No More War’ crowd simply shout down these doctors with that chant?

Radical leftists claim a moral high ground through simply ignoring reality. By staying out of the complex problems that exist in the World, they pretend to be unsullied. By lobbing opinions from the peanut gallery, they pretend to be offering solutions. In reality, they offer nothing.

The world is complex. War and peace are complex. Anyone who tells you otherwise has nothing meaningful to offer to the conversation.

The irony of this Facebook post is that he is using this picture to justify actions that would do nothing to help this child.

Invisibilia: The Problem with the Solution
Scroll to top