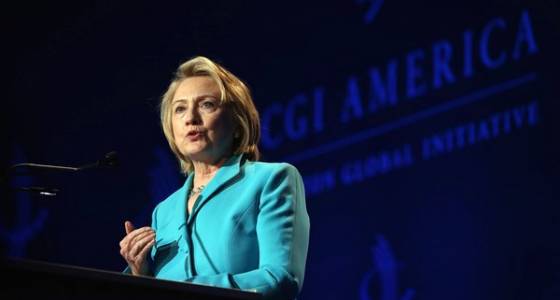 There’s a common narrative this election cycle that most voters are simply holding their nose and choosing the lesser evil. For example, Chris Cillizza tweeted this today:

This election is about voters choosing the least worst candidate. That's where we are in our politics.

The problem with this narrative is that it is overwhelmingly false. Here’s why:

In recent polling, the favorables for Clinton (and Trump) were broken out into many different groups. But let’s focus on one very important group to dispel the notion that Mr. Cillizza is spreading above: Clinton Voters.

Of those voters who plan to vote for Hillary Clinton, here’s her Favorable/Unfavorable numbers:

Or stated another way, only 9% of those voters who are choosing Hillary Clinton could reasonably be described as “holding their nose.” 91% hold favorable views or are not yet sure.

This dispels the oft-repeated myth of lesser evilism. And perhaps more interestingly, this common narrative is really only rooted in certain narrow voter demographics. For example:

Among African Americans, there is very little holding of noses regarding Clinton:

Among Democrats as a whole, a similar story:

Stop buying the spin. Hillary Clinton is a widely admired candidate, and her voters recognize her as such.

Proposal for a Fair & Dynamic Market-based Economy
Scroll to top