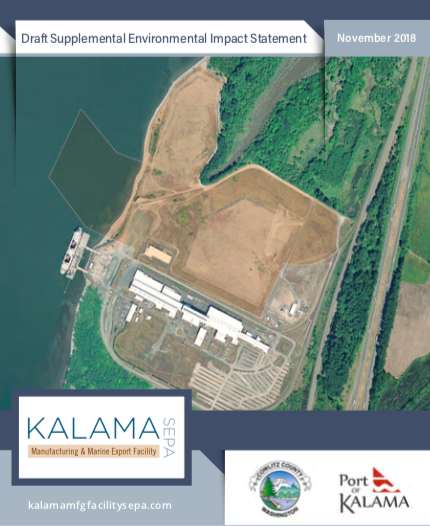 …and it’s Right In Front of Us

Over the past three years, a State Carbon Tax has been defeated three times: Initiative 732 lost 60-40% in 2016. Governor Inslee, despite having a Democratically controlled Senate, couldn’t pass Senate Bill 6302 in 2017. And now, Initiative 1631 was soundly defeated 57-43% this month. Ouch.

In my 25 years working electoral politics in Washington State, I’ve learned an important lesson: Losing is NOT Winning. That may sound obvious, but many so-called environmental activists simply do not understand this. They’ll lose, year after year, and declare in some tortured way that the loss was actually a victory.

Fortunately, Washington’s Environmental Activists have the opportunity score a huge victory for the reduction of Global Greenhouse Gas Emissions. It’s ready for them to push over the top, and to declare an easy and significant victory. Oddly, however, they are opposed to this effort.

The Study outlines that by building the plant, global greenhouse gas emissions would be reduced by 11.5 Million Metric Tons per year.

How big a number is this? It is the equivalent of removing 89% of the cars on Washington’s roads. Right now. In the immediate future.

Think of the effort we all go through to improve our transportation system, in designing and building and buying electric cars. In building bike lanes and encouraging broad adoption of cleaner commutes.

The Kalama Methanol Plant would represent the largest single-effort reduction of Greenhouse Gases in the History of Washington State.

How does this work? How is building a Methanol plant going to reduce global emissions? The methanol will be produced using the tightly regulated natural gas coming from British Columbia. From there, it will be shipped to China, replacing a significant portion of Coal that is used to produce Methanol there. The offset will reduce global emissions by 11.5 million metric tons of CO2.

That is a stunning number. And would represent the largest single-effort reduction of Greenhouse Gases in the History of Washington State.

Environmentalists Can’t Get Out of Their Own Way

Yet…many of the leading environmental agencies and activists in Washington State can’t find their way to taking the win that’s right in front of them. The plant is opposed by the Sierra Club, Sightline Institute and the Colombia River Keepers. Their opposition makes little sense.

Don’t Let the Good be the Enemy of the Perfect

So, instead of focusing on the staggering reduction of GHG available to us right now, many enviros prefer that China continue to burn coal. Loss after loss after loss. As I said before, it’s become an environmental habit.

Take the win. Let us all win. And let us move forward together. 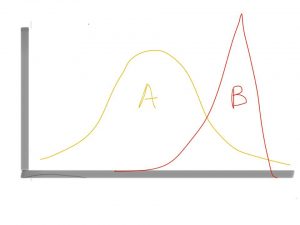 Markets are artificial constructs. The only way to build a productive market is to determine the desired outcome and adjust market regulation along the way.

The problem in the United States is that we’ve placed all value in the fantasy of a “free” market. There are two problems here:

We have no idea what a successful market should look like. I’ve asked the following question of several economists and mostly received blank stares: “How do you know if a market is working?” It usually then moves to a discussion of jobs and unemployment numbers. But jobs aren’t the desired product of an economy, the desired product is wealth or income. Jobs can be artificially inflated: cut all jobs in half and you’ve just doubled employment.

The answer to the question (is the market working?) should be the core value of any economy. That seemingly few Americans even understand the question, let alone have a coherent answer, is a problem.

Is the market working? Simply overlay the graph of current wealth distribution (b) with a bell curve (a), and you get a visual representation of how well the market is functioning.

The degree to which the actual curve and the bell curve differ shows you exactly how off the market is; or said differently: B is a result of a poorly constructed market. B is NOT the result of harder working wealthy people.

I first developed these ideas here: Makers and Takers 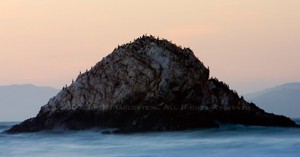 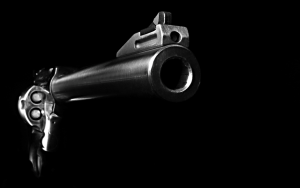 The intent of the 2nd Amendment is to keep us safe.

The result of the 2nd Amendment is that we are less safe.

Bernie Sanders and his campaign are fond of comparing themselves to FDR. They use FDR’s New Deal policies as examples of the socialism they’d hope to implement. But FDR himself denied that he was implementing socialism.

Are you a supporter of basic Human Rights? Do you bristle at racial or sexual inequality? Do you believe in the basic principles of human dignity? If so, great! But, do you also realize that human dignity and basic rights include equality of economic opportunity? Economic Equality is as fundamental to human dignity as is racial or sexual equality. Are you fully onboard to fight for this basic human right?

Read more about this here: Makers, Takers, and the Future of American Economics

“Two studies released last week confirmed what most of us already knew: the ultra-wealthy tend to be narcissistic and have a greater sense of entitlement than the rest of us, and Congress only pays attention to their interests.”
http://billmoyers.com/2013/08/27/a-plutocracy-ruled-by-self-centered-jerks/

I‘ve long considered myself a capitalist. By which I’ve meant that I support our system of economic production and distribution which is privately owned and driven by free markets. The success of capitalism seems evident.

And yet, as I’ve gained more real-world experience living and making a living in a capitalist society, I’ve begun to moderate my view a bit.

When I was younger, I was a proponent of libertarian or “hands-off” views relative to markets. I was convinced that a free, unregulated market would regulate itself. My viewpoint has changed.

Though still a proponent of capitalism, I now believe that unregulated or even under-regulated capitalism will grow into a beast that we must feed, rather than a beast that feeds us.