The Buried Lede: “This will be unpopular: The Bible and the Koran and the like are the original “fake news” sources.” 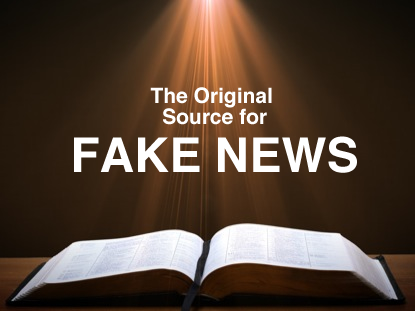 Few would have predicted that the internet, open access to information, might lead to the demise of humanity.

“Facts” are extremely complex things; to understand that is to begin to think about philosophy and theories of mind.

The vast majority of advances in knowledge are going to tech. And tech can only build tools, it can’t navigate ethics and meaning and justice.

And despite what the tech focused world says, or the religious focused world, there can be expertise in things like ethics, meaning and justice. In law and economics and statecraft. Those things can be studied, understood, improved.

We’ve assumed that religion would fill that role; but religion is dead, it isn’t growing. And the very inability we have to point out errors in religion, the rewards we give out to bad thinking by labeling it a “Right” has, in my estimation, set the foundation for a world where “facts” can be anything you choose.

And lest I pick solely on religion, the same holds true in any communally reinforced grouping of ideas. Progressivism, Conservatism, Socialism, Energy Healers, Reiki, etc.

If the very foundations of existence can’t be questioned, if we must accept as valid all beliefs, if we are unwilling to point out bad thinking in the core beliefs of individuals, is it any surprise that we now have a population, Right, Left and Center, who are woefully unskilled at detecting bullshit? Both from others, but more importantly from self?

This will be unpopular: the Bible and the Koran and the like are the original “fake news” sources. But we don’t call it out, and therefore, the vast majority of humanity’s foundation of knowledge is based in fake news.

The idea that knowledge acquisition isn’t considered a skill, that it’s simply thought of as the discovery of new information, freely available to any and all, and that the opinions of any and all have merit, has brought natural human division to new depths. We now have burger flippers and hairstylists and Lawyers who think they are experts in global trade and economics and politics and race-relations, and they are driving the world. Into a ditch.

The internet brings this all together in a mirror image of the primordial soup from which we arose, into which we now descend.

Rise of Berniecrats, Death of Democrats, Ergo, Death of America

The Function of Economies
Scroll to top